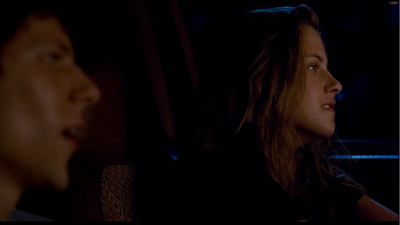 2009, US, directed by Greg Mottola
Despite its apparently loose construction, one carefully-honed sequence blending very casually into the next, there’s a striking narrative momentum to Greg Mottola’s film: in just a couple of deft set-up scenes, he paves the way for his central character, James (Jesse Eisenberg), to spend the summer in a slightly down-at-heel amusement park while also giving us a sense of his college past, his parents, and his burgeoning dreams. Those preliminaries dealt with, we cross into Adventureland, on which the outside world seems to barely intrude until very close to the conclusion of the film, in that way that youthful summers seem to have of creating their own sense of apparently endless time and self-discovery. 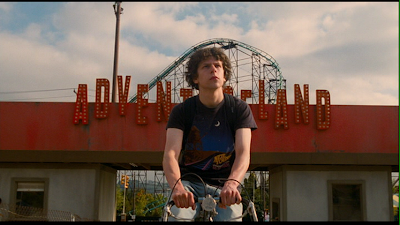 Mottola made use of a similarly episodic structure in his previous feature, Superbad, except that here he has a stronger sense of when to bring each vignette to a halt. As in Superbad, each member of the extraordinary gallery of actors has a moment or two in which to shine but the timing is considerably tighter. That’s underlined in a brilliantly funny sequence where the park manager (Bill Hader) intervenes when James is about to receive a beating: there’s not a wasted second as Hader stalks out, catching, mid-stride, a baseball bat thrown by his wife and flipping a hair-trigger switch to deal with the threat only to put away his game face with equally impressive speed. 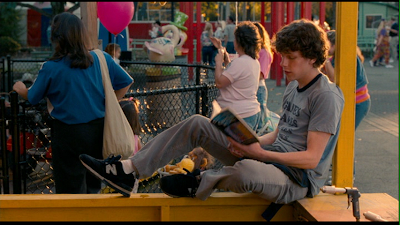 Although that sequence is a little more in-you-face than the rest of the film – a change of pace that Mottola exploits very cannily – it’s typical of the care with which each of the vignettes is constructed, leaving you with the mood of the previous scene still lingering in the mind, and deftly moving between the film’s more serious and light-hearted moments. 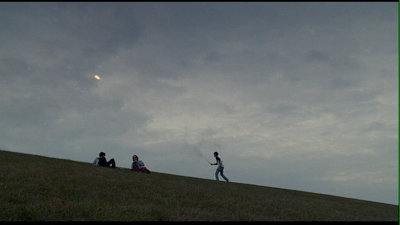 The script is also acutely perceptive of the nuances of twentysomething speech and interactions. There’s a lovely scene, for instance, where James tells the object of his affections, Em (Kristen Stewart), his plans for the future. Mottola captures not only the oblivious pretension of James’s career ambitions seen from the perspective of an older-and-perhaps-wiser viewer but the sincerity of another twentysomething’s reaction. The conversations between James and Em, and James and his theme-park friend Joel (Martin Starr, excellent) have the consistent ring of truth about them; there’s an awkwardness about these interactions that underlines the way the three characters’ attempts to navigate their way to adulthood, and that gives the film a terrific warmth (underlined, particularly in the scenes between James and Em, with a lighting scheme that seems to make Kristen Stewart positively glow). 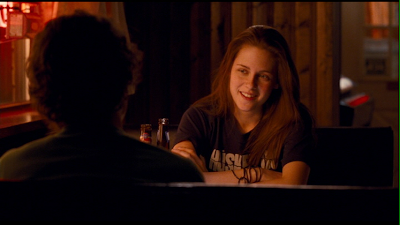