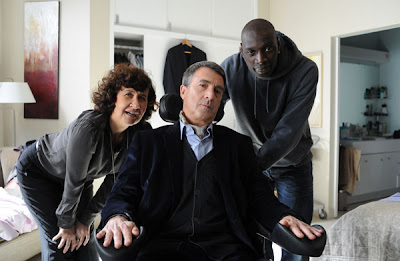 Trading Places covered a surprising amount of the same ground with a good deal more perceptiveness nearly thirty years ago; Omar Sy is as magnetic here, though, as Eddie Murphy was in his prime, and I hope that Sy gets some better outlets for his charm in his subsequent projects (there are, admittedly, several genuinely funny sequences, particularly when the film emphasizes Sy's lack of sentimentality rather than his background, and François Cluzet makes for a fine foil). No matter how good they may be, Sy's future films are unlikely to be near as successful, of course -- this is now France's second-most successful homegrown hit of all time, on the heels of yet another odd-couple comedy, as reliable a genre as they come in terms of the French box office.