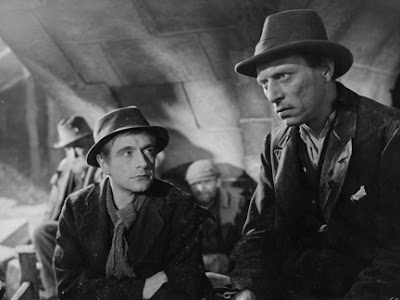 The sequences featuring the eponymous phantom carriage are eerie -- the use of sound is especially good, evoking something like the macabre ticking of Poe's Tell-Tale Heart -- but I suspect that Duvivier lifted the double exposure imagery pretty directly from Sjöström, at least if the screen captures I've seen are representative; though memorable in patches, particularly in those sequences capturing the grinding poverty in which so many of the characters live, as if foreshadowing the privations of the war, the film ultimately doesn't feel like a project in which Duvivier (or Jouvet) is fully invested, unlike their previous collaboration on La Fin du jour.