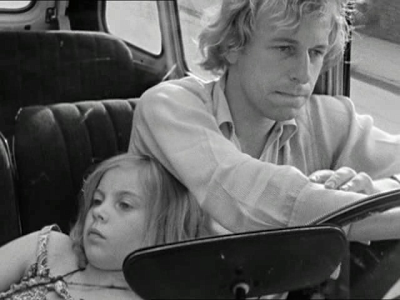 Like so many films, one of the major themes here is the creation of one's own family -- often unlikely in composition, and yet somehow seen as more authentic than one's inherited family simply because there's a degree of intention rather than accident. Where the American scenes are about the obliteration of anything authentic under a blizzard of soul-destroying advertising and consumerism, the German sections are suffused with a sense of loss of the past, the paving over of places of youth in the interests of progress -- with perhaps small remaining window to change direction before the American way wins out, though by the time of Im Lauf der Zeit Wenders suggests that the American way may have had its subconscious victory already.