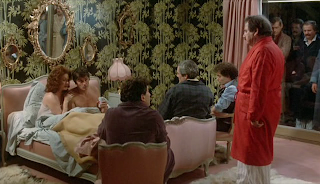 Not for the first time in his filmography, Bertrand Blier finds his ideas running ahead of his ability to execute them onscreen, and Notre Histoire runs almost entirely out of steam about halfway through -- after, admittedly, a wondrous sequence in which the men of an Alpine town assemble in the middle of the night for a collective reminiscence. While the staging of that central section yet again underlines Blier's unerring ability to navigate space, as well as his fascination with filming parts of the action from behind windows, the sequence is so overextended that it's awfully easy to drift away. 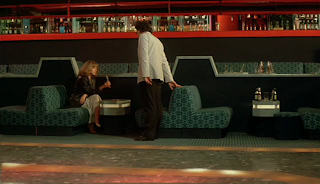 Still, the final twenty minutes, kicked off with a hilarious scene in a florist's in which Blier seems to acknowledge his own love of stage and artifice, renew the interest; near the finale, too, there's an amusing shot in which a slowly approaching Mercedes advances to the sounds of what might be a lost fragment of the Jaws score. Notwithstanding Nathalie Baye's luminous presence, this is very much Alain Delon's film, another in his gallery of difficult, unlovable men -- the actor looks dreadful much of the time, jowly and unshaven -- and there's also much pleasure in seeing a collection of French actors at the outset of their respective careers, everyone from Jean-Pierre Darroussin to Vincent Lindon to Jean Reno. 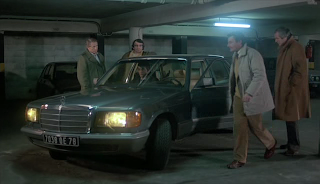