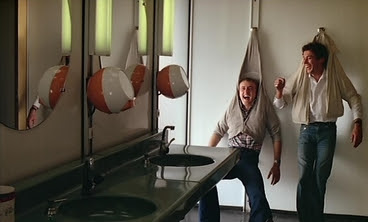 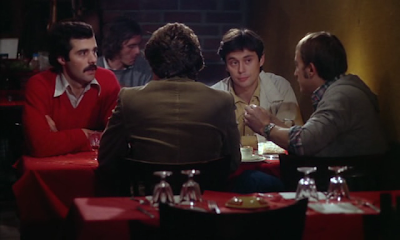 The road movie is especially well-suited to Cavalier's aims, with the format allowing for a multiplicity of incidents and asides that can nonetheless be tied to the central overnight car journey from the north of France to the southern coast. The heart of the film is the extended conversational riffing between the principals, on everything from the state of France to the state of their relations (not always relationships) with women, with the boredom of the journey, not to mention lack of sleep, slowly taking their toll. Like Les Valseuses and La Maman et la putain, this is a very male take on The Big Questions, and women have a far more peripheral onscreen presence here, too; that, though, is part of the point, with Cavalier ultimately suggesting, I think, the insecurities on display rather than endorsing the blustery assurance of the characters themselves as they banter in their exclusively male environment.