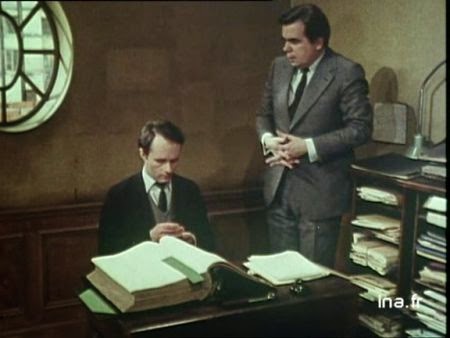 An intriguing film, originally made for French television but then given a cinema release, that does a fine job of imagining the Herman Melville short story at feature length. The original plot is very straightforward, perhaps best suited to short length, but Ronet expands by giving us more insight into the life of the narrator, Melville's employer (beautifully played by Michel Lonsdale, in what seems like a tailor-made role for one of such lugubrious appearance). The overall mood of ennui really gets under the skin -- it's a film that becomes more distressing the more you allow it to leach into your own emotions. Until I came across the adaptation, I had no idea that Maurice Ronet, whose piercing blue eyes enlivened so many films in the 1960s, had done any work behind the camera, but he's absolutely assured in his maintenance of tone here.