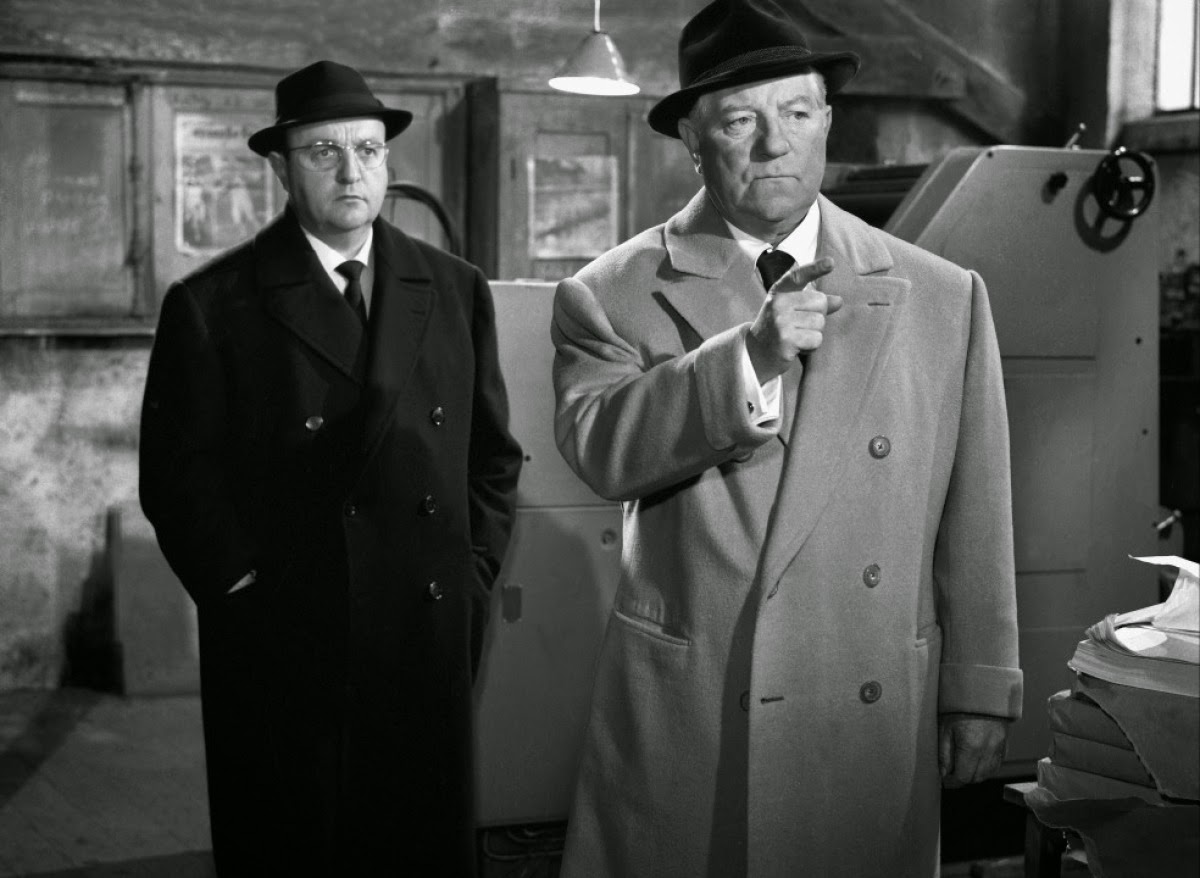 A straightforward crime caper, but the level of professionalism on both sides of the camera ensures that it's never less than a pleasure: Gilles Grangier is no great stylist, but he keeps his story in crisp forward motion and Michel Audiard's script, if not quite as pearl-filled as in something like Les Tontons flingueurs, still has great fun with criminal argot (you really need to tune the ears in to pick up the sense at times). Gabin apparently refused point blank to leave his beloved Normandy estate for the tropical location shoot where we were supposed to first meet his character, yielding some unconvincing South American decor, but he's otherwise in fine form. Jean Gabin was only 53 when the film was made, but he plays much older -- he was never really afraid of embracing his changing physique and the roles that came with it. And Bernard Blier, perhaps because he was prematurely bald, never seemed young to start with -- whether he was playing a student in the 1930s or a rumpled policeman in the 1970s he looked remarkably similar.