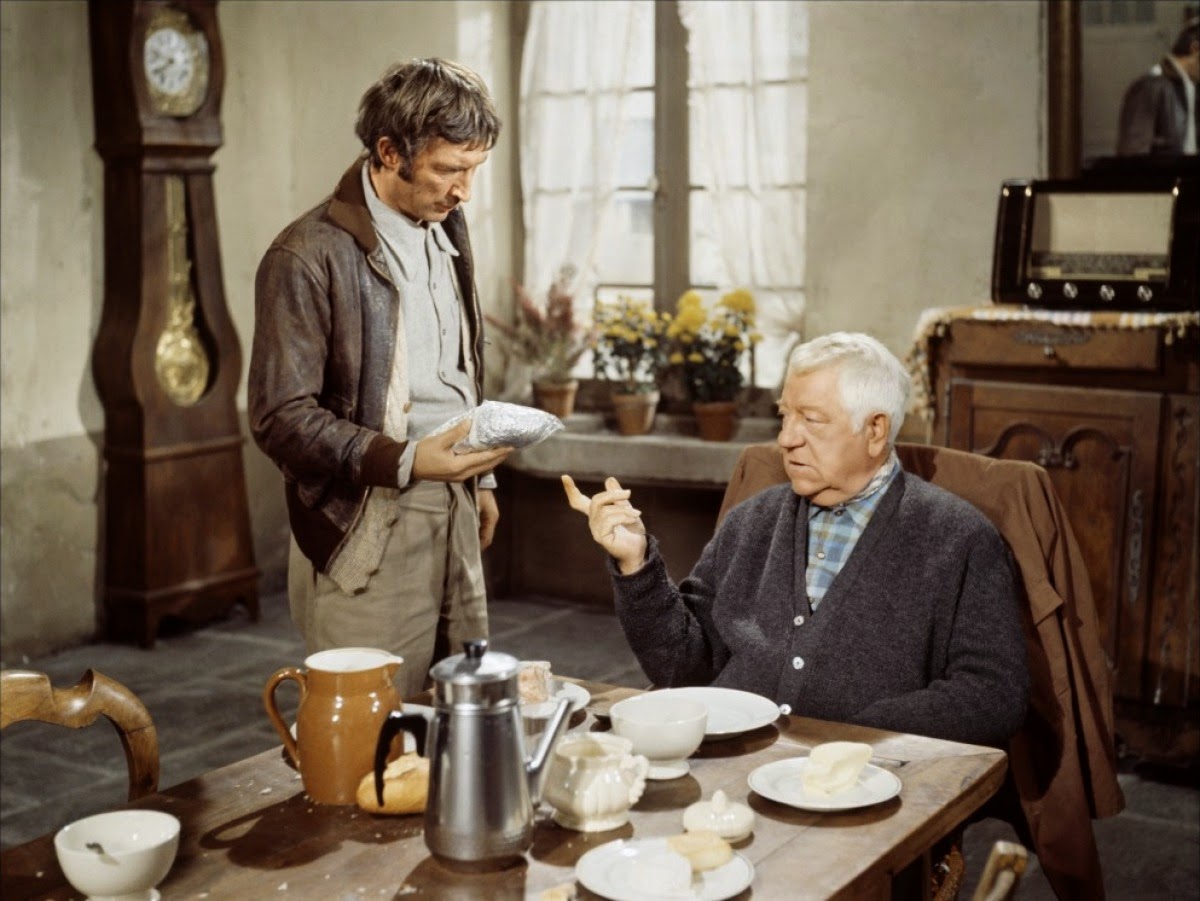 The first of two films Gabin made in quick succession with Granier-Deferre, the second being  Le Chat: both pictures feature Gabin characters absolutely unwilling to deviate from their self-appointed paths, and neither of them especially sympathetic. Here, the actor plays a prosperous Normandy farmer dealing with an unwelcome intrusion from the criminal underworld -- and while he's an unpleasant martinet in his dealings with his family, the same qualities seem to act in his favour when dealing with uncompromising thugs. I suspect that Granier-Deferre is attempting to make some kind of point about the social climate of the time, in which defenders of a certain kind of France dealt with the threat represented by the 1968 generation, although the director's thinking is muddled enough that no-one, and especially not Gabin, comes off looking good from the encounter. The actor manages to get through the entire film on the strength of essentially one expression, which is entirely consistent with his character, and in the face of the almost complete lack of reaction or willingness to deal everyone else has little choice but to compromise.