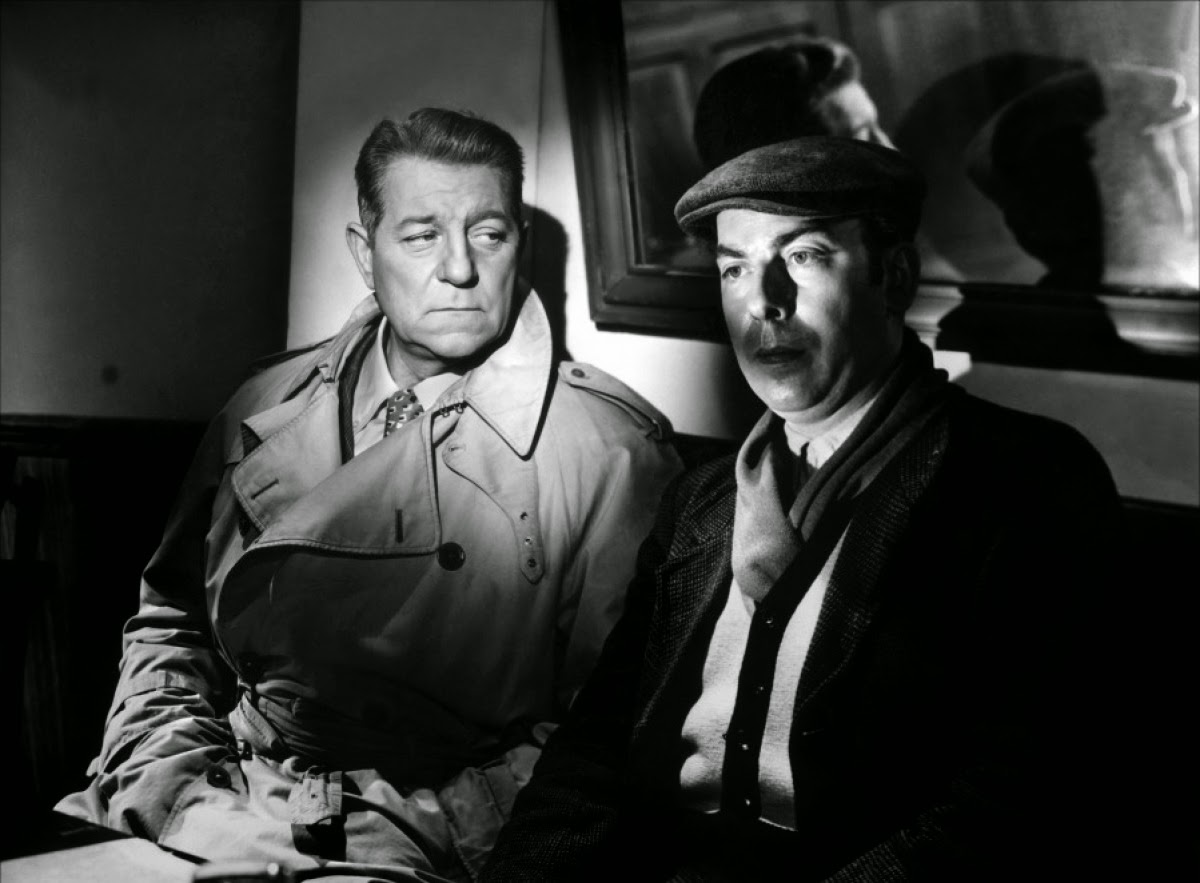 A tough, and tough-minded, film -- laconic in its brutality, and once you've seen the ending, deeply unsettling in its view of right and wrong. Gabin is at the height of his postwar powers, entirely convincing as the gangster taking over a drug operation after a previous operator proved disloyal to the boss, and dealing with the unpredictable men charged with dispensing violent internal justice (most notably Lino Ventura, who is mostly called on to be a distilled version of the carved-from-stone type he played so frequently in those years). This is the strongest work I've seen from Henri Decoin, both in terms of content and shadowy staging: the tone is more consistent than in any of the other Decoin films I've seen, and when the director slows the rhythm down it's with purpose, adding nuances of shade to Gabin's character in particular.