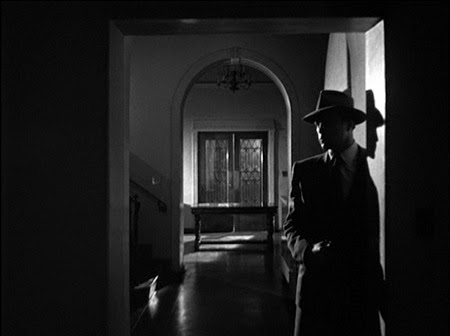 A fine procedural, in that 1940s docu-fiction mode that came complete with narrator, although the staging by Werker, Mann and cinematographer John Alton is more than strong enough to stand on its own, especially the atmospheric sequences in unusual, semi-desolate Los Angeles locations. The minutiae of the police investigation is fascinating and conveyed very crisply: Jack Webb has an especially nice part as the key tech man, but the scenes of interrogation also have a brisk rhythm that still allows time for the minor performers to sparkle. There's no mystery to the identity of the criminal: we spend a great deal of time in his company, with the tension coming instead from the gradually closing net. The template was, of course, carefully followed by television in the 1950s, including Webb's Dragnet, but it's also the skeleton for big-budget fare like The Day of the Jackal a quarter-century later.