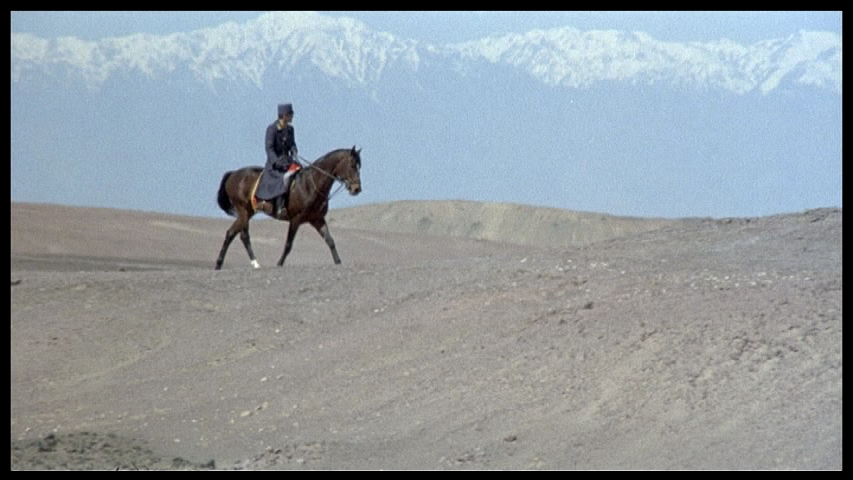 A viewing inspired by Judy Dean's excellent consideration of the film as part of David Cairns' 2014 Late Films Blogathon. It has mythical-colonials aspects that pair it very well with the near-contemporaneous Le Crabe-tambour, also featuring Jacques Perrin, though few films can compete with the astonishing locations of Zurlini's film. The picture is imbued with a profound sense of the absurd, with the protagonist discovering that his longer-for escape from the stifling life of the provincial nobility is, if anything, even more constricted with rules. It's also an exceptionally subtle work, with the days becoming months and perhaps even years through a very careful, discreet use of elision; the same discretion marks the film's attitude to death, generally turning away and allowing the characters to their own fates. The cast is quite remarkable, and Vittorio Gassman looks more than ever like something hewn from a Roman coin.