Given his background as a playwright, it's no surprise to encounter Martin McDonagh's finely-honed banter and careful plotting, but his first feature also confirms the visual promise of his short Six Shooter, displaying considerable confidence with the camera (making liberal use of the architectural and artistic resources provided by the eponymous Belgian city). Despite the shift of medium, there's a considerable degree of continuity with McDonagh's stage work, particularly the fascination with violence - indeed, several of the film's most striking shots, such as an overhead view of the aftermath of a pair of killings, are of acts of violence or their consequences. 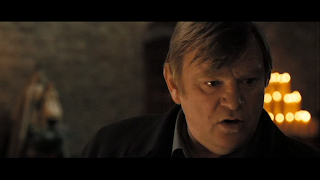 McDonagh's protagonists are a pair of London-based Irish hitmen - a strong double act from Brendan Gleeson and Colin Farrell - and he walks a fine line with his leads: they are, after all, gangland killers, and while, as Gleeson says, they generally kill pretty nasty people, they're still in the killing game, and hardly model citizens. McDonagh teases out some of their self-justifications with considerable black humour but also allows them surprising insights into their own morality (and mortality); less comfortable, perhaps, is the way in which the introduction of their more obviously psychotic boss (played by Ralph Fiennes, channelling Ben Kingsley in Sexy Beast) allows them to seem relatively cuddly. 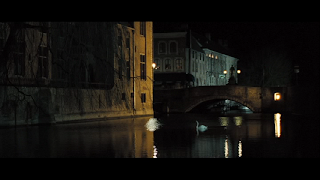 There's an ever-so-slightly mechanistic quality to the script, which seems to preordain some of its own action, and yet there's great pleasure to be had in seeing the pieces click perfectly together, like a well-engineered heist flick (Spike Lee's Inside Man springs to mind). The film's most enjoyable elements, though, are the smaller details of McDonagh's dialogue: the occasionally absurd tangents that the characters depart on, their pitch-black asides even at the most serious moments, even the way in which he captures the differences in British and Irish swearing (and, equally important, the different attitudes to that swearing). Gleeson and Farrell are excellent foils for each other, the bearish older man and the bundle-of-nerves youngster - with their diametrically opposed views of what might constitute fun - and Farrell's performance has considerable nuance; he hasn't been this good since 2003's Intermission, where he stole the ensemble show with some choice line deliveries. 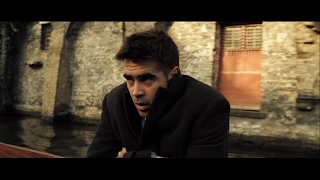