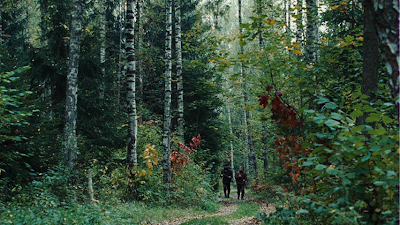 Edward Zwick's film explores some of the same mythologies referenced by Simon Schama's 1995 book Landscape and Memory, which mentions those Jews who fled for the forest and fought back against the German war and extermination machine, with little support from either local populations or Soviet partisans. The band at the centre of Defiance was led into the forests of western Belarussia by the Bielski brothers, adept in using the depths of the forest to conceal their less than legal activities. 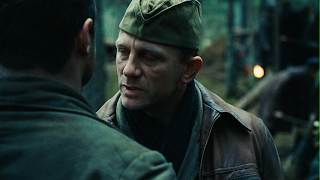 While the film recounts the group's very difficult experiences deep in the woods, it's also very much about the brothers attempts to define their own identity, as well as the group's attempts to establish what Schama referred to a "primitive community of equals." The Jews who found themselves in the forest were almost all forced to adopt unaccustomed roles - the intellectual who is converted to manual labour, the young woman who goes on frightening food runs through the forest, the vaguely criminal brothers suddenly compelled to think of themselves, for the first time in years, as Jews rather than simply locals. 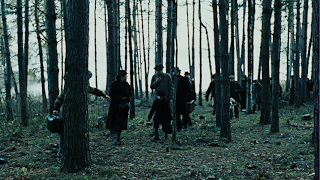 Although it's a film of action - set pieces and constant threats and movement - it's also thus very much about ideas of Jewishness, although sometimes in rather heavy-handed ways; Zwick is almost too eager to assure us of the Bielskis less-than-pristine methods, while the central conflict between the brothers and their own ideas of how to behave in wartime is pretty standard Hollywood psychology of opposites. Still, the film is a useful glimpse into the mythologies of northern Europe, cannily exploited by the guerrilla bands as they moved along the fringes of the broader conflict.