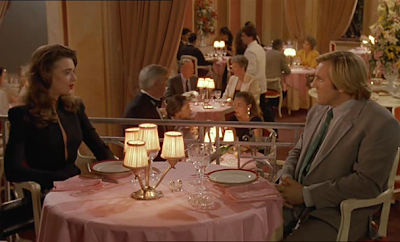 Deux earned Claude Zidi a full review and an interview in Cahiers du cinéma after fifteen years of directing popular comedies that barely rated a mention in that august journal, and I had the impression before seeing the film that Zidi had somehow played the Cahiers "game" by making the kind of film that might be expected to appeal to the magazine's writers. The final product, however, seems in many ways as broad as most of his other projects - with the style and content less suited to each other on this occasion. 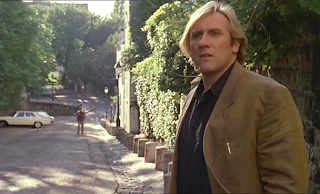 The film conceived as something of a reflection on modern love - the way people interact now, or rather the way they did in 1980s Paris - although Deux takes the form of a melodramatic fable chronicling the encounter between music promoter Marc (Gérard Depardieu) and real estate agent Hélène (Maruschka Detmers) rather than a realist anatomy of relationships. Cahiers compares Zidi's work on the film favourably to American studio directors of the 1930s like Leo McCarey, but his tonal shifts are far less fleet of foot and he's rather heavy-handed with the use of camera and music to underline his characters' emotions (one crane shot over the Canal Saint-Martin drip with the clichés of the romantic comedy rather than serving as an insight into Marc's situation). Once the film decamps to the suburbs, Zidi attempts to invoke the anti-bourgeois attitudes of Claude Chabrol, for whom he worked as a camera operator throughout the 1960s, but without little of that director's more incisive social commentary. Indeed, Marc's reaction to the idea of a meeting with the parents - indeed his behaviour when confronted with any notion of convention - comes across as an (apparently unintentional) parody of Chabrol. 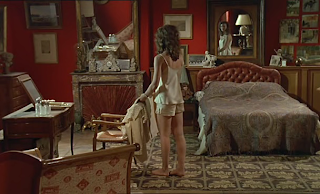 Zidi's primary point is that modern romance is a series of negotiations, in the business sense - negotiations about time, money, property, priorities - and both characters accept this basic premise even if they need to engage in negotiations to come up with mutually acceptable merger terms. It's fortunate, then, that they encounter one another, but there's no sense in which these characters might reveal wider social truths, even their verbal sparring is at times quite enjoyable (Depardieu in particular seems to relish some of his lines, although the Cahiers comparison with the jousts of the likes of Tracy/Hepburn/Grant only reveals this film's relative impoverishment). Indeed, it's precisely any sense of relationship with the real, lived world that the film lacks: several of Zidi's earlier films, L'Aile ou la cuisse or Les Ripoux for instance, have at least some anchor in the actual time and place where they are set, even given their broad plotting and characterization.