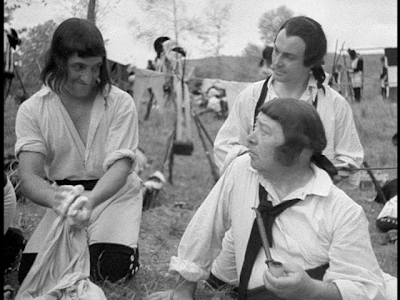 Renoir's film begins in the same spirit as Ken Loach's much later pair of historical features, Land and Freedom or The Wind that Shakes the Barley, as an attempt to dramatize some sense of the actual lived experience of a major historical event, in this case the French Revolution. The intention is ostensibly democratic, bringing us both to Louis XVI's bedside in Versailles and the lower levels of revolt in the south of France, though there's never a moment of doubt as to where the film's sympathies lie (and perhaps there's a little cheating in the decision to halt proceedings well before the Revolution's bloody excesses begin, when sympathies become much more complex). 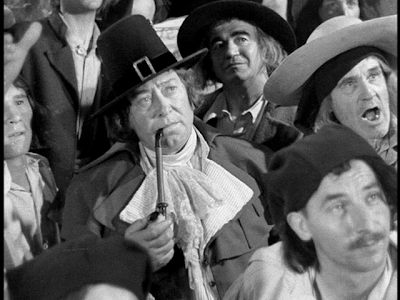 As the film progresses, and particularly after our introduction to the titular song (then an unknown air that was to grow in popularity), the film becomes much more didactic, with rather obvious conversations about the meaning of France's new sense of citizenship that are clearly more in the spirit of 1938, in the shadow of fascism, rather than explorations of the meaning and reality of 1789 and beyond. Of course, the notion of participatory citizenship is key to the French social ideal, so the debates between the newly-anointed citizens function in two different time periods, but they are occasionally rather heavy-handed, a matter not helped by the fact that the two main actors are not the weightiest of performers. 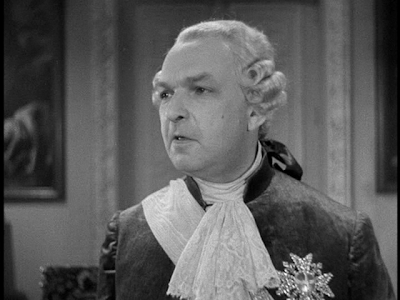 Andrex, most often seen at the side of his pal Fernandel, isn't able to do much with some of the stodgier lines, while Edmond Ardisson, making his debut here, occasionally seems to be acting in an entirely different movie, perhaps a broad comedy -- his goofy expressions appear to have been shipped in from a Revolution-era spoof, while his fey manner, perhaps unremarkable in 1938, tends to undermine his romantic exploits (see the first image!). Many of the supporting players are rather stronger, including Renoir's older brother Pierre as Louis XVI (particularly in a terrific moment, late on, when the king suddenly understands how his world is about to change), or Louis Jouvet in a small role as the government representative Roederer, tasked with persuading the king to appear before the parliament.