For Your Eyes Only 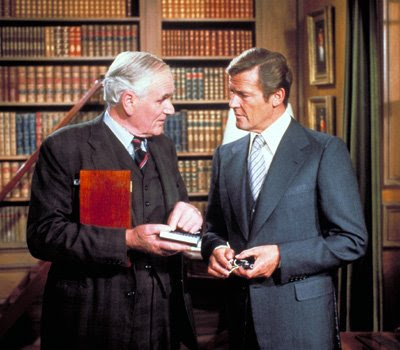 Memory told me that this was going to be one of the more enjoyable Roger Moore-Bond capers, something of a return to basics with fewer giant sets and plenty of enjoyable stunt work. Memory is a cruel thing, however, since the film feels terribly flat at this remove. Given his background as a second unit director, it's no surprise that director John Glen generally does right by the chase scenes, but the pacing is abysmal. Shots end abruptly, there are ugly zooms aplenty, and the actors are mostly at sea (sometimes literally, of course). The most enjoyable sequence, an extended hillside chase involving a Citroën 2CV, comes early in the game, and after that it's a bit of an ordeal to the dénouement.

"FOR YOUR EYES ONLY" rates as my fourth favorite James Bond movie of all time. Aside from the horrible pre-title sequence, it's great.