The Man From the Alamo 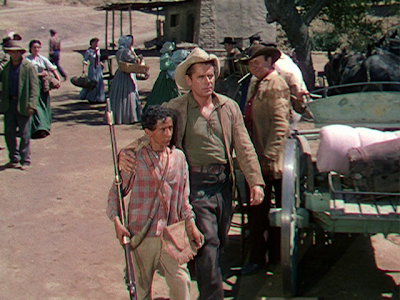 1953, US, directed by Budd Boetticher

Budd Boetticher's second Western doesn't have quite the same punchy opening as his first, since he needs to spend some time acquainting us with the back story at the Alamo. As a consequence, his protagonist, John Stroud (Glenn Ford) isn't introduced until several scenes into the film, after we've met the key military leaders and grasped the seriousness of the situation in the besieged fort. 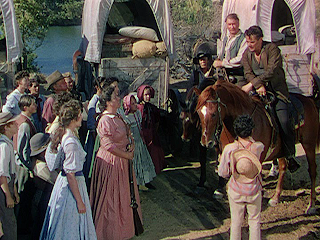 Still, he has the same quick way of sketching in the key details, outlining just why Stroud's escape is significant, and then focusing single-mindedly on the consequences. While the film is considered a dry run for Boetticher's later cycle of Westerns with Randolph Scott, it still has much to say about notions of loyalty and duty. Thus, in a brisk 80 minutes we cover loyalty to country, state, family - loyalties that are often split, as Stroud cares for a Mexican farmboy orphaned by a gang of brutal killers using the hostilities as cover their own activities. 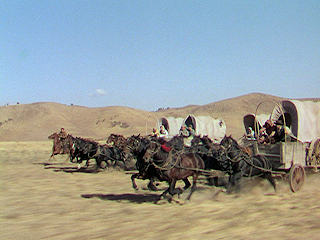 As such, it's a surprisingly resonant little film, concerned to show the complexities and moral quandaries that Stroud faces, while also fulfilling genre expectations. There are gunfights, including a spectacular, and surprisingly extended, dramatization of the assault on the Alamo, and there's a thrilling dash across the prairie as covered wagons seek to outrun a band of marauding bandits. 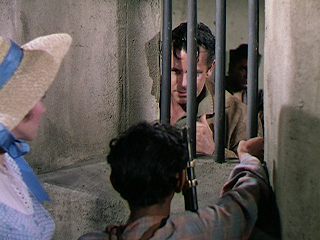 (Part of the Watching Movies in Africa project; The Man From the Alamo played at the King's in Lagos in September 1956).