Beauty and the Boss 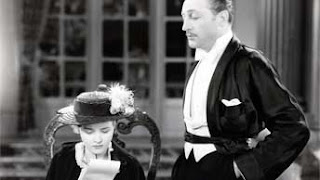 I half expect Warren William's name to appear in the credits as "Dastardly Warren William," for that was his modus operandi in the pre-Code years, and he plays to type here, dashing about from one woman to the next, hiring beauties to act as secretary while he auditions them for other roles, all the while opining about the role of women in the workplace. The film has a lot of fun with the different facets of his personality, never more so than in the scenes where he fires a woman with whom he's becoming infatuated only to turn, literally, on a dime to ask her out as soon as she's been fired - after all, she's no longer a subordinate, so where's the harm? Of course, the needs of drama demand that he meet his match, delivered here in the form of the mousy Marian Marsh, who undergoes a gradual makeover. There's not a shred of credibility to William's character as the film concludes - you never really want this rogue to reform - but the interplay between William and Marsh, each trying to put the other through their paces, is a frenetically enjoyable dance.