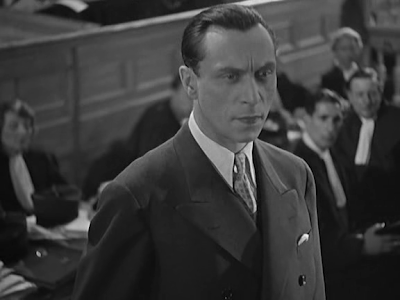 Although the film is a broad remake of Cecil B. DeMille's 1915 picture The Cheat (which I've not seen, though the film was apparently very influential on French filmmakers), I was struck more by the thematic and plot correspondences with star Victor Francen's later film L'Homme du Niger. As in that film, Forfaiture takes place in an exotic, quasi-colonial setting, with Francen responsible for a grandiose construction project and in love with a much younger woman. 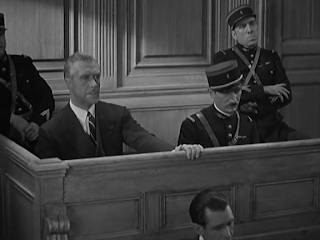 In this case, said younger woman is played by Lise Delamare, an early appearance by an actress who was, from what I can tell, most frequently a stage performer. The young woman gets herself in all manner of bother when she makes some rather poor decisions at the local gambling parlour, though her behaviour seems to stem as much from boredom -- old Victor's character is always more interested in his work than in his women despite his protestations of devotion -- while her problems are compounded by the ill intent of the local prince, played by Sessue Haykawa, who reprises his own role from the DeMille film. His character is a fairly typical untrustworthy oriental, of predictably inscrutable motivations, and oily enough that his often amoral French fixer, played by Louis Jouvet, appears as a relative man of virtue. 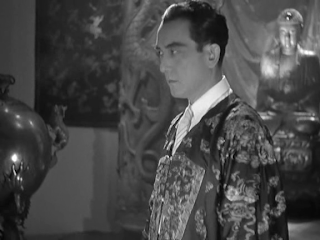 I'm not familiar with Marcel L'Herbier's work -- I don't think I've seen a single other film by the director -- so I've no idea how typical it is, but he has a sure sense of atmosphere in the overseas locations, whether it's the dusty exterior shots or the smoky interiors of the gambling house, and there's terrific tension in the later stages in the courtroom, with carefully constructed flashbacks that gradually reveal a kind of truth. The film provides a rather interesting glimpse into the functioning of the French legal system, at least the screen version thereof, which is quite different to its more familiar American counterpart. Victor Francen really isn't my cup of tea as a performer -- there's a gritted-teeth sincerity to his delivery at times that I just don't buy -- but Louis Jouvet is quite wonderful as the suave go-between, ever flexible in his politics and his self-interest save for a late stab of conscience; his line deliveries in the courtroom are wonderfully precise, as he tries to comply with the requirements of the legal system while adhering to his own private code.